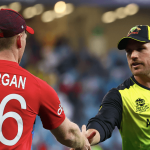 Australia will host the T20 World Cup for the eighth time, starting on October 16. The last tournament was won by Australia, which beat New Zealand in the final match. Afghanistan, Australia, Bangladesh, England, India, New Zealand, Pakistan, and South Africa are the eight teams that have already made it into the Super 12. The sides are made up of two separate groups. The top two teams in each group will move on to the semi-finals.

Here are eight people who could be named Player of the Tournament:

Babar Azam, the captain of Pakistan, is now one of the best batsmen in all forms. He is currently first in the ICC T20I batting rankings, and he scored 303 runs in six games for an average of 60.60 in the last T20 World Cup.

In a game from 2022, he got 66 runs off of 46 balls. For Pakistan to do well in the World Cup, a lot would depend on his shoulders and how well he played with the bat.

Many people now think that Buttler, the captain of England, is the best white-ball player in the world. He is a natural hitter who has hit in many different spots in the order.

Buttler has opened for the Three Lions and the Rajasthan Royals in the Indian Premier League (IPL) in the past few months (RR). At the end of the IPL 2022 season, he had the most runs (863), with four centuries and as many fifties.

The 32-year-old from New South Wales is quick, fierce, and knows how to fight. On a good day, he is one of the best bowlers and almost impossible to beat. This is even more true in his own area. The start was also on the team that won the T20 World Cup for Australia in 2021.

Starc is known for being able to swing the ball with incredible speed, trapping batsmen in front of the wickets. His devastating yorkers and occasional bouncers make it easy for him to clean up at the end of an innings.

Maxwell was on the team that won the World Cup for Australia last year. Even when the odds are against him, he can be very dangerous with the bat and change the course of a game on his own.

As a result, Maxwell is a very good off-spinner who takes wickets at important points in the game. He is now ranked fourth in the ICC T20I all-rounder rankings, and the big tournament in Australia will be a good time to watch him.

De Kock is South Africa’s best wicketkeeper and a fast batter. He is also one of the most important players on the team. He often bats first, gets the power plays off to a quick start, and sets the pace of the game.

The wicketkeeper-batsman for the Proteas played in his first Twenty20 International in 2012. Since then, he has played in 64 more matches and scored 1,863 runs with an average of 33.26 and a strike rate of 134. In this format, he has also caught 51 balls and stumped 15 balls.

In the last few years, the star fast bowler from Gujarat, India, was probably the best white-ball bowler. India’s best bowler in all situations is Jasprit Bumrah. He can bowl with the new ball, break partnerships in the middle phase, and stop big hitters in the last few overs.

Before making a name for himself with India in Australia in 2016, Bumrah made a name for himself in the IPL with Mumbai Indians (MI). He has taken 69 wickets in 58 T20 internationals, with an economy of 6.46 and a strike rate of 18.0.

Since his first IPL game in 2013, Bumrah has taken 145 wickets in 120 games, with an economy of 7.39 and a strike rate of 18.8. With a short, stuttering run-up and a straight arm motion, he bowls with speed, swing, and seam, and the ball just skitters off the ground.

Hardik is one of the first names on the team sheet right now, and he is one of India’s best players. The Indian all-form rounders went down in 2021, but it’s been getting better this year.

Hardik was also named Player of the Match in the IPL final against Rajasthan Royals (RR), and he led his team to the championship in their first season. In T20Is so far in 2022, he has scored 217 runs in eight innings, with an average of 43.40 and a strike rate of 149.65. His many skills give India the right amount of balance and depth in every area.

In the past, the Player of the Match award has been given to Shahid Afridi, Tillakaratne Dilshan, Kevin Pietersen, Shane Watson, Virat Kohli (twice), and David Warner. Also, some of the best players in the format will be in this edition, so the fight for the trophy could be tough.

Know all about cricket news and updates at CBTF news.

Get the fastest cricket news update at https://cbtfspeednews.com/.

Know all about cricket betting and updates at CBTF betting.

Get the updated expert betting tips at https://cricketbettingtipsfree.com/

Check out our videos to get the latest updates about cricket and betting tips, and casino

tips to win big with expert opinions at https://www.cbtfmytube.com/.

Most of us are aware of games, sports, and tournaments, but have you heard about ” cockfighting Tournaments“. Philippians is an Asian country that ” Cockfighting tournaments” are organized in conjunction with Wpit18.com. If you’re 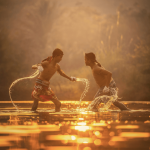 If players visit the official website for Sw418 the game, they will find that there isn’t any information available about the game. This is why it becomes difficult for us to make an 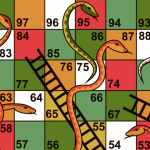