5 Essential Tools for All .NET Developers 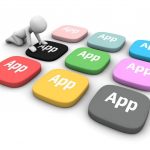 Then you need to know about the best development tools. After all, developers aren’t just choosing to code languages anymore. There’s a huge emphasis on having the right essential tools.

Choosing the right developer tools not only improves productivity but enhances efficiency in the long run. So what are the best tools for developing a new website?

Read on to learn about our top code and web development tools.

The cloud offers several benefits for developers, including the ability to scale applications quickly and access a variety of tools and services. There are several essential tools for NET developers working in the cloud. First, a suitable development environment is a must.

There are many code editors available today that offer a variety of features. Some of the more popular code editors are Sublime Text, Atom, and Visual Studio Code. Each has its own advantages and disadvantages.

It’s important to choose a code editor that has the features you need and is comfortable to use. Some features to look for in a code editor include syntax highlighting, code completion, code refactoring, and debugging.

Visual Studio is the primary tool for debugging since it has all the features and support built right in. However, there are a few other tools that can come in handy depending on the situation. For example, if you are having issues with memory leaks, you can use a tool like WinDbg to help track them down.

If you need to do some low-level debugging, then you can use something like ILSpy to decompile your code and look at the IL. Ultimately, the best debugging tool is the one that helps you solve your specific issue.

This is essential for NET developers because it allows them to track changes made by their teammates, as well as changes made by themselves. Version control tools also make it easy to roll back changes if something goes wrong, and they can be a valuable resource when collaborating with other developers. Some of the most popular version control tools include Git, Mercurial, and Subversion.

Essential Tools a Developer Must Have

In conclusion, you need to have the right tools to be a successful NET developer. This includes a good code editor, a proper development environment, and a debugger. With these essential tools, you will develop NET applications quickly.

Do you now know some of the best tools for NET developers? If you do, check out some of our other posts for more great content! 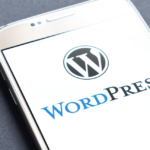 Not every dress or shirt is meant to fit your WordPress Theme. It needs to be customized as per your requirements, lest it ends up being uncomfortable and unattractive. If 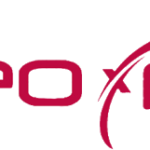 Nowadays, many business people are searching for the best way to promote the business online, right? If you want to stand out from the crowd, then it is the time 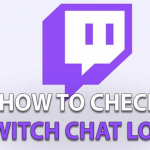 If you’re a committed gamer, then you’re probably aware of the importance of live-streaming, or broadcasting recorded videos to your fans. Twitch Chat Logs is a well-known web website that lets you